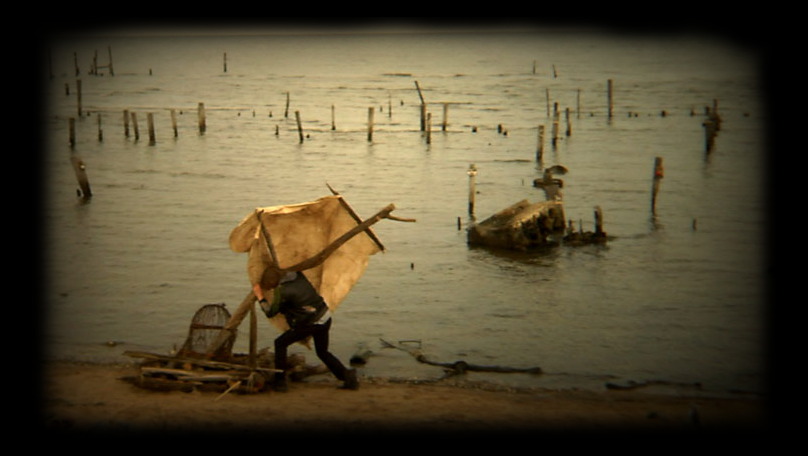 From Research to Inquiry 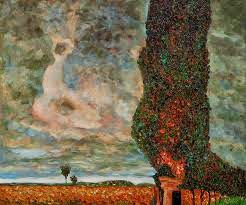 More new thoughts today about how I need to shift my thinking in terms of research..

ICQI Coda: Can I Free Myself and My Students to Be?

As I sit in the airport I'm having a flood of thoughts about my role as a researcher and a mentor for my students. I have just read Elisabeth St Pierre's chapter on New Empiricism, which has also catalysed these thoughts...how do we rescue qualitative research more fully from the positivist paradigm?

As a therapist I know my techniques but then enter the therapy room "not knowing.." Leaving room for something to emerge despite these techniques is the only way for something healing and New to emerge. Collaborative tentative reflection is the way to make meaning in more respectful and ethical ways. When I meet with families I make them my only focus for that hour. BUT the question is, why am I not doing this or teaching this as a researcher? Why have I become so obsessed with method that the emergent is at risk of being strangled. How come I don't leave enough time for collective reflexivity or keep the hour of supervision sacred?

I have been reflecting on how, if qual research really is exploratory then it must truly be a journey of discovery and an entry into the unknown like therapy is. It can also transform us as well as our participants in the process. I must remember this more clearly in the rush and business of academic life.

Methodolatry is also one of the main obstacles to this process. There must be room to allow method to follow findings and be changed in an iterative fashion. As St Pierre says, "going for a walk" when stuck IS method, just as reading books curiously, especially theory is a part of a "literature review". My confession is that I have let method trump theory, and more importantly let method trump discovery in research.

When I return I am to change some of the culture of my research and mentoring. I will try and foster theorising, engage myself and my students more reflectively and serve collectively as witnesses to our participants. The work I do teaching family therapists needs to be mirrored in my work mentoring research.

Thankyou ICQI and all the wonderful people I met, for setting me on a new course as a researcher...hopefully I will become a better academic and a better person because of you 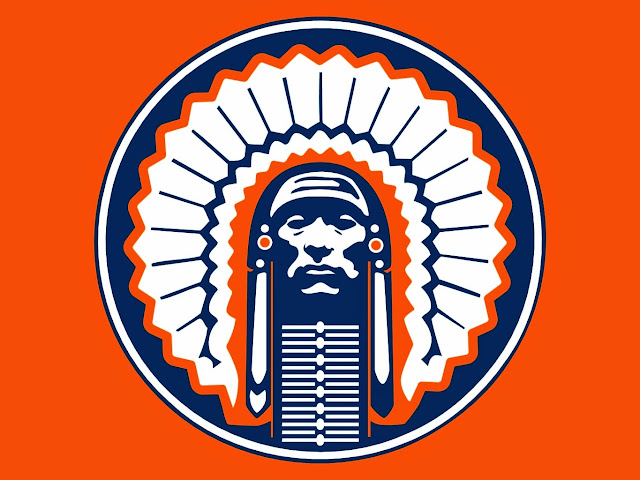 Well today truly was one of those days in your career you will look back at as a real turning point. In terms of learning I was really able to consolidate my aim to learn narrative inquiry, listening to so many presentations using this method and getting such a real hold on what it looks like in practice. I felt like the method jumped out of the textbook I have been following and became real. I also learned how to enhance the method: using 'overlapping', using visual media, with children and how to conduct discourse analysis rather than the naive approach I have been using.

More importantly, however, were the personal relationships I consolidated, aided by beer and double Scotches at Murphy's Bar and many other venues. I made lasting friendships with members of the Special Interest Group in Psychology (and became an Organising Committee Member for 2016), Heather Adams, Michael Kral and others..you rock!!!!. I also met two Norwegian researchers who I really connected with, one of whom is actually colleagues with one of my heroes, the originator of Open Dialogue or Network Therapy. (We all plan, by the way to go to Blue Note Jazz Club in Chicago on our last night in USA tomorrow).

Next year I am very keen to bring some of my students to ICQI2016. It has truly been a place I feel like I belong in, a home for researchers who, despite their differences, share a desire to participate in liberative processes in society, not just researching for their own careers, but allowing for stronger lives and communities. I felt real solidarity with so many people that I met and I leave more confident in my ability to make a difference in psychology back home.
Posted by Associate Professor Paul Rhodes at 21:34 No comments: 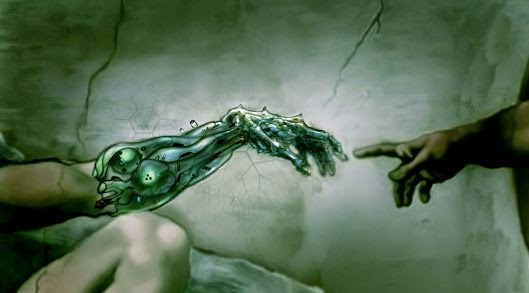 I went to alot of different talks today..I worked out that in terms of clinical psychology USA is no further ahead than we are and made alot of new buddies, particularly community based researchers from Canada. We had a sharing circle of sorts, telling stories about where we come from, our work, the challenges of being an academic and lots of laughs.

In terms of content what struck me the most was a long workshop on what is being described as the new philosophical paradigm after post-modernism...Post-Humanism also called the New Empiricism or New Materialism, This is not a fad I hasten to add after some researching, but a growing movement in philosophy. It goes something like this.

So post-modernism challenged Logical Positivism, focussing on language and discourse, or diversity and the marginalised, rather than grand theories, determinism, colonisation.

Now the Post-Humanists are coming to see that we must re-engage with the material world, not just focus on discourse. We are embodied we also have relationships with inanimate objects as part of our process of meaning-making: technology, but also through hyper-consumerism and objects that give us meaning in our lives. In addition to this materialism as the breaking down of dualisms..between mind and body, animate and inanimate, self and other. Our "identities' are fluid, change and emerge as different all the time in relation to this assemblage described earlier.

So ontologically the focus used to be on reason, then on stories and language..now ..help! Im not sure

See this article
excerpt...We argue, yes, in our new pamphlet The New Materialism: How our relationship with the material world can change for the better, published to coincide with Buy Nothing Day, if you embrace ‘stuff’ in a different way. Instead of rejecting the material world, which ‘hair shirt’ environmentalists are often accused of (ironically so, as they spend their days trying to protect it), the new materialism represents a more deeply pleasurable and respectful relationship to the material things that surround us. Having more stuff stopped making people in Britain happier decades ago

Here is another example..take a client i have whose depression is caught up inextricably with the internet.....he is in this sense experiencing a post-human dilemma,,who is he? Is his identity within him anymore? is his 'self' a product of the conglomeration of the net, his network online..the human-inanimate divide is no possible?

Lets see if really does become the next turn in road....certainly it related directly to a number of other things I been reading, particularly Lakoff's book on Embodiment, which argue for the dissolution of mind-body dualism and you can also see how it has affiliations with Bahktin's concepts relating to the 'self'.

Is it possible, however, that philosophers have just arrived  at an ancient place, non-dualism, visited by Taoism and Buddhism many centuries ago?

Posted by Associate Professor Paul Rhodes at 15:03 No comments: 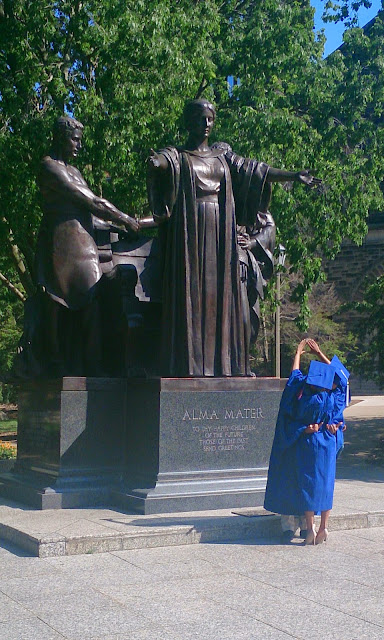 Today I went to two long workshops, one on narrative inquiry and one on triangulation. Things really started to come together in terms of what I need to change, as a researcher and a supervisor. Here is my current thinking;
1. We need to include clear ontological, epistomological and personal statements in our methods sections. No more hiding
2. Introductions, methods, results and discussions can all include the reflective voice of the researcher, how we have approached the question and thinking. If we silence ourselves it should be done by choice not by default.
3. I can no longer do thematic analysis or grounded theory on new projects. Time to grow.
4. Analysis can have two levels a. Descriptive or rather phenomenological, b. Transformative, or rather related to theory or triangulated across a variety.
5. The next series of studies I do will be dedicated to working with, witnessing, marginalised voices...not as a predation, but via participatuon.
6. Sabbatical 2017. Time to do my own study rather than leave it to students. Possibly around student personal narratives becoming therapist, leaving fundamentalism narratives accross religions, effects of diagnosis on depression, Ect.
Posted by Associate Professor Paul Rhodes at 14:01 2 comments: 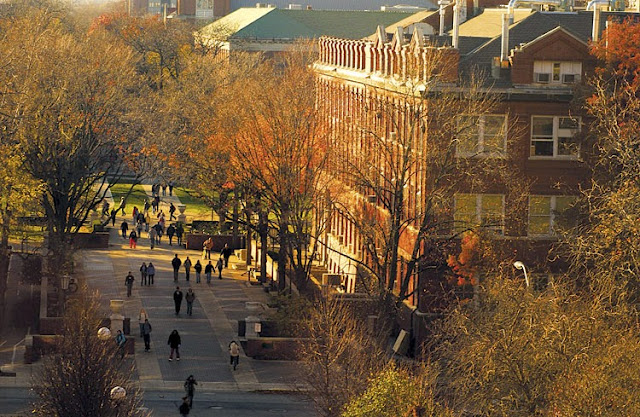 Today I attended the fifth Psychology meeting for qualitative researchers. It was pretty amazing to meet thirty people all with similar concerns to me.
The highlights:
1. A growing realisation that I am way behind on understanding theory in Psychology. Thomas Teo gave a wonderful overview, especially on the ontological crises in our field and the dominance of the rational machine model in quant research.
2. I need to follow up the work of Ian Hacking on how diagnosis has a looping effect, creating on the diagnosed the fulfilment of its aims, a form of self-pathologising that confirms the medical model.
3. That I have no idea what post-humanism and the new materialism is and must find out at a talk tomorrow
4. That psychology can be a problem creator, psychologising socially derived issues rather than a problem solver
5. That epistomologically the best journals may be the least progressive
6. Teaching qualitative research, flipped, can involve actually doing a mini project, interviewing and coding, but must also include a history
7. Heather Adams gave some very clear examples on how to write ourselves into the research rather than being invisible
Posted by Associate Professor Paul Rhodes at 14:37 No comments: 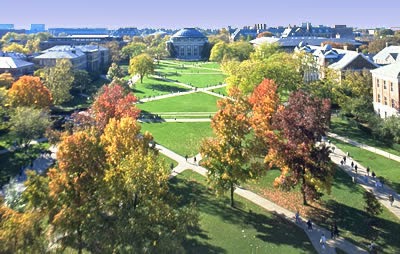 For the next few days I am attending this conference and will blog some of my own thoughts each evening as I try and synthesise what I have heard. This is my own way of keeping track, I'm unsure how useful it will be to others.
In the last few days, sightseeing in Chicago, alot of pieces of the puzzle of qual research in psychology have been coming together for me more generally...here are the things I've been thinking about, while shopping, at the Art Gallery, running around the city etc....it's my own internal dialogue.
1. I've figured out that phenomenology implies empathy. Interpretative phenomenology is the study of how people make meaning of their own lives, the dialogue they have with themselves...listening in as a researcher implies intersubjectivity.
Intersubjectivity and the Dialogical imply a meeting "of hearts" just as therapy can involve a " heart to heart"..this occurs when two people "mean it", ie: pass through beyond the superficial and Co-construct meaning. This requires Anderson and Goolishans Not Knowing.
2. Narrative inquiry becomes empathic when we witness the participants inner dialogue. interpersonal Process Research captures this too.
3. Grounded theory, while pilloried can also be saved through engagement with symbolic interactionism and phenomenology.
4. We should first ground our analysis empathically or  phenomenologically, or rather recognise the intersubjective before going on to apply theory, such as how the phenomenon is socially derived or how the talk relates to metanarratives.
Posted by Associate Professor Paul Rhodes at 04:39 1 comment: